If you are on the lookout for a feasible business model, and aim to provide your own products on a wide scale to a larger group of audience, online e-commerce stores are the best choice to carry out your venture.

However, choosing the best e-commerce store is of utmost importance.

Going for the wrong platform will not only bring innumerable problems but also might jeopardize your business.

While on this endeavor, you must have come across a number of e-commerce platforms.

Among them, Shopify and Woocommerce stand out as the most popular ones.

You might have come across these two quite more often than the others. They say competition is the heart and soul of running a business in the market.

The tighter the completion is, the better your products get with time because of the numerous ideas that come up in order to make your product and business name stand out more than the others in the market.

There has been a considerable amount of competition between these two e-commerce platforms that has led to a tug of war between Shopify Vs Woocommerce.

Hence, I am providing you with a complete comparison between the two if you are in a dilemma about which one to choose from to make your business venture a success.

To make the best choice, you will need to have a fair amount of knowledge about each of the two online platforms.

Hence, here is a brief history of these two online solutions to help you start with.

Shopify is a Canadian e-commerce business platform headquartered in Ottawa, Ontario. It develops all sorts of computer software systems for retail point of sale system s and for other online stores as well.

Founded by computer programmer, Tobias Lütke, the winner of The Globe and Mail’s CEO of the year in 2014, this platform has launched and API platform, an App Store as well as a free mobile app on the infamous Apple App Store.

Because of its great success, Shopify was named as Ottawa’s Fastest Growing Company In the year 2010 by the Ottawa Business Journal.

In the present time, it hosts more than 120,000 online retailers and is very well received by famous tech websites like CNET.

It was first developed by WordPress and powers almost 17.77% of the online e-commerce sites.

It is a platform used by more than 380,000 online retailers and is also used by numerous high-traffic websites like Small Press Expo and Internet Systems Consortium.

Advantages of the e-commerce platforms

Before jumping to conclusions, the advantages of each platform should be known so that you have a better understanding of the two platforms and henceforth, you can make your right choice.

The online competition between Shopify and Woocommerce is a tough one since both seem to have a fair amount of popularity.

One great common advantage you will have with both of these platforms is with how user-friendly they are and how easy they are to be operated.

You require no coding or programming at all to build an e-commerce website.

But however, you can tally the pros of both of these online e-commerce stores, use them to your advantage and go for whichever platform you think will be best for you.

There are various pros of opting for this e-commerce platform which you can put to good use. Some of them are:-

You need not create any sort of additional account or find a web host, install a CMS and set it up separately.

All you will be required to do is sign up for the venture and then go on to managing your online store.

This is one of the biggest advantages of Shopify because it does not need much technical support as it a CMS which is self-hosted.

This e-commerce platform is so reliable that you can trust Shopify without a doubt.

There is a particular team who specializes in meticulously testing the apps before putting them up for public use.

This site is a very well looking site which is easily customizable.

You have the advantage of manipulating the themes to customize them at code level.

The look and presentation adds to the wow factor.

This is a huge advantageous factor that takes Shopify to a different level as it provides SSL certification for every store.

Shopify has a fairly good reputation for its excellent support.

It is prompt to address our issues and solve problems. It also has live chat available.

Woocommerce has various advantages to start with. Some of them are:-

Woocommerce does not have its own theme store, but there are an overwhelming number of themes to choose from by choosing third party services.

You can also pay for various premium themes and many of them are free as well.

As far presentation goes, Woocommerce is almost at par with Shopify.

It offers various options to create descriptions of products allow the user to zoom into the images, and also add variations such as the color and size of the product.

Woocommerce provides various other gateway extensions such as Amazon Payment and Braintree which come at a certain price.

However, there are also other extensions such as PayPal and Stripe which does not require any additional fee for payment through credit card.

Woocommerce provides true multilingual support for its stores which acts as one of the biggest advantages that this e-commerce platform has over Shopify and is almost a very good reason to choose it in the online battle between Woocommerce Vs Shopify.

It has a very well established WPML plug-in which is fairly reliable. But it still extracts fees for the multilingual solution.

Disadvantages of both the platforms

There are pros and cons to everything. Every other opponent in a battle has various weak points.

Between Woocommerce Vs Shopify both of them have various weaknesses that act as an advantageous point to the other because that will add to your deciding factor of which one to choose from between the two online ecommerce platforms.

The online battle raging between Shopify and Woocommerce is fairly a big one indeed and every point, attribute, feature, advantage and most importantly, disadvantage counts because it is your choice over these two platforms that will decide who will be the winner.

Over the years, Shopify has gained a considerable amount of popularity worldwide as an easy, user-friendly and reliable online platform to carry out retail business ventures.

It is often chosen as the better platform between Shopify vs Woocommerce because of its flexibility.

However, it still has various drawbacks that should be pointed out because even one point of disadvantage can alter your decision.

Here are a few disadvantages that you need to know about this platform:-

Unlike Woocommerce, which is a free plug-in that you can install from a website based on WordPress, you have to pay for setting up a business store in Shopify with the cheapest plan being $29 every month.

Opting for Woocommerce seems like a cheaper and a more feasible choice.

Woocommerce had provided multilingual options way before Shopify introduced it through the Langify app.

However, for a whooping price of $17.50 a month, just for a multilingual option, it does not seem very much worth it.

Does not provide many product attributes

It does not offer more than three default attributes of the product, size, color and material.

In the battle between Shopify Vs Woocommerce only you get to decide which one is better than the other.

Hence, knowing the disadvantages of each of these platforms is of utmost importance.

Woocommerce, as an online business platform does seem to have more disadvantages than its competitor Shopify.

But that did not cause much harm to its popularity among business owners because its advantages stand strong.

However, here are a few points of disadvantages that you need to know about Woocommerce.

Needs a lot of technical set up and support

Launching an online business store through Woocommerce can be pretty easy if you already are a user of WordPress.

However, if you are not, there are various technical steps that you will need to follow which will furthermore require additional tech support unlike Shopify, where all you need to do is simply create an account.

Unlike Shopify, which already has an SSL certificate for all their plans, with WordPress, you will need to pay extra money to include SSL certification.

Does not have a real support system

Unlike Shopify, Woocommerce does not have an official support system and is mainly managed by a benevolent team of volunteers.

Furthermore, it requires you to purchase a Woo Theme for additional support.

Too many moving parts to handle

Not only will you have to manage your business but also your hosting server, install plug-ins, and solve issues and the like.

The choice between the two online giants Shopify Vs Woocommerce is indeed a hard decision.

Both the online platforms are considerably popular among online business retailers.

But however, choice depends on the features and attributes that you will think will be advantageous in your venture. 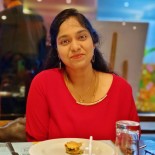